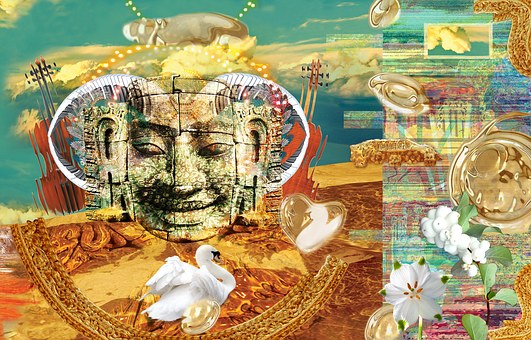 As electoralis drew nigh, the spirit of unchill descended most mightily upon the land, sweeping with violence and blowing however it gaddem felt.

Lo, did it blow unto the castle of Dinobetes Mellitus, where the hosts of the constabulary encamped around his dwelling in besiegement. And none could enter or depart Castle Mellitus for it was cut off from the rest of civilisation.

Dinobetes climbed up into the ramparts and saw the legions of the constabulary in waylayment. And he cried out unto them, “Why campest ye around my castle. Know ye not of my extreme closeness to Abushola the Warden of Senatii?”

“Aye!” responded the Chief Besieger, “but verily I say unto thee that the magistratum has ordered your arrest.”

“I command thee to leave the vicinity of my castle forthwith!!! Ye shouldst know that I am not one to be messed with!”

“We shall go nowhere! And if thou likest it not, call the Constabulary. Ooops! We are already here! Muahahahahaha!!!”

Dinobetes tried to send a pigeon to Abushola but it was promptly shot out of the sky. He sighed, knowing the game was up.

“Lower the drawbridge,” he commanded his manservant. Then he said a quick prayer to Syncope, the god of elite sanctimony. “O Syncope, I am about to be delivered unto the Constabulary and I need your help. Descend upon me and afflict me with thy most holy malady.”

Behold, as Dinobetes yielded himself, Syncope answered his prayer and struck him most violently with incontinence and unconsciousness. All of Twilistia beheld it and there was no chill.

In Bedrock, the spinning quills of Gambrach were concerned that he was not stumping. “Sire, Sai You, Sai Me, Sai it together naturally. Tis known to all men that thou wouldst vanquish Arty Cool without even trying but for the sake of appearances…”

Thus it was that Gambrach ventured to the land of Bom Akwaaba – the land of King Dom Inik – to stump. “Bom Ak are you with me?” Gambrach asked the Akwaabians. “Oh yeah, we’re voting Gambs, we ain’t goin’ nowhere!” came the refrain. “I promise the stump, the whole stump, nothing but the stump!” Gambrach replied.

Yea, it was a triumphant outing. But Gambrach returned to Bedrock in Boo Jar extremely fatigued. The Quills eagerly planned another stumpage but news suddenly came to the people that Lady Zar Kar of the Electoralis Umpirage was a kinswoman of Gambrach.

Wherefore Gar Bar went unto the people, with Lay Si in his shadow, to declare “Lady Zar Kar is a most genteel lady of the highest integrity and competence, who is only coincidentally, marginally and non-consanguinally related by a marriage of their relatives. Heed not the word of the Padipalians.”

But Gambrach had had enough and summoned Shiwajun. “Ser Shiwajun, wilt thou stump on my behalf with Osinoshin as thou didst in the electoralis of Gejoshaphat. I canst withstand this shit no more.”

“It would be my pleyyor, Your Majesty” answered Shiwajun.

“Great! Give them Wahala Morghulis in this Season 8,” said Gambrach, holding up 4 fingers on each hand.

And the people heard that Gambrach had ceded stumping to Shiwajun and there was no chill, but the Lovengers threw the GoT Season 8 sign wherever they found themselves. Yea, even Lady Yeeshah, who had complained of Caballee and Caballum.

Lo, it was at that time that Rain o’Mockery, the Irishman of uncertain function in the council of Gejoshaphat shewed the people a tapestry of Rotamachus, depicting Gambrach leading the country into tears and war and famine and gnashing of teeth.

Behold, all saw it and there was no chill. Lay Si, the Quill of Gambrach in Social Mediana, was particularly incensed. “This is a Wendellian lie! A Simlinous deception! This is not a tapestry from this electoralis but from the last.”

o’Mockery laughed in glee. “Thou sayest twas Rotamachus whilst he stabbed Gejosphat in the back, but behold the tapestry in much greater length!!!”

And thus it was that another tapestry of Rotamachus was unveiled, depicting Rotamachus himself predicting certain doom for the Kingdom and the unfeelingness of Gambrach.

Lay Si took up a magnifying glass to examine the stitches. “Aha!” he cried, “the stitches of this tapestry have been spliced and it rejoined in different places. It is a tapestry of falsehood!”

“Oh? No longer tapestry from the time of Gejoshaphat?” the Social Medianites asked, but there was no answer.

Rain o’Mockery, the Irish, Wendellian, Simlinous, antagonist revealed to the Twilistians, the Social Medianites and the Digital Perusites that he had even more tapestry, which could very well rip the curtain of the inner chamber of the Apicurean House.

And there was no speck, no atom, no figment, no gaddem modicum of chill in the land!!!