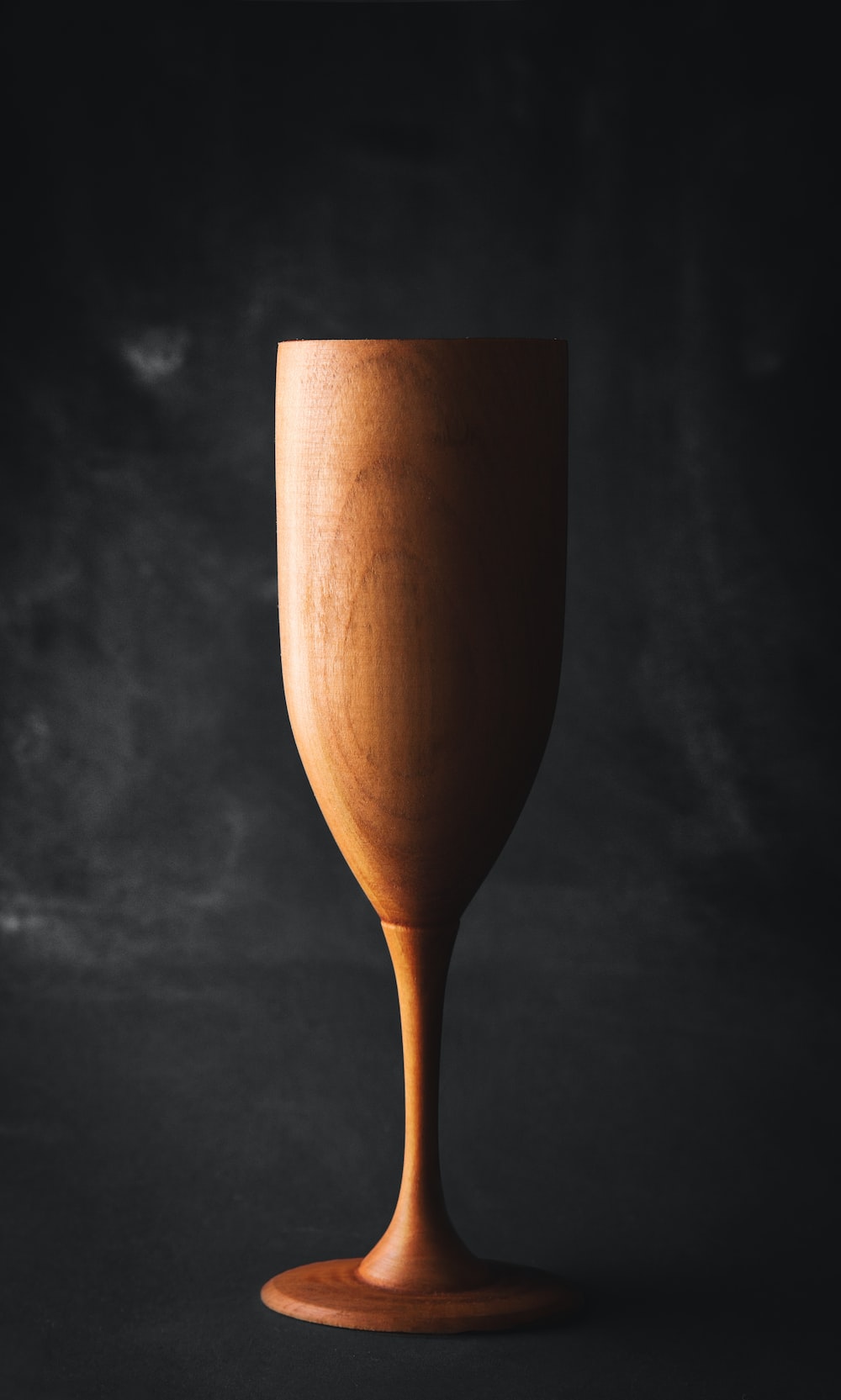 And it came to pass, in the 7th month of the third year of the first quadrannium of Gambrach, that Yar Courb the Head Umpire for electoralis declared the contest open. Lo did all contenders for the Iron Throne and the thrones of the thirty-six kingdoms in the land.

Arty Cool brandished parchment containing his plans for the kingdom, trying to convinced the people to make him King. Very careful was he to avoid stumbling over arithmetic like Gambrach did when he broke 100% into 97% and 5%. Arty Cool kept everything 100, speaking only in blocks of 100%. He was, as they say, “all in” and promised all in cluesion if he were to be chosen as King.

In the Kingdom of Gideria, the disembowelment of Ambsalom was complete, as twas often said, “sheet nor dey him yansh again”. For Shangolulu, though yet to be formally be emballoted let alone elected king, marched about the kingdom with unmitigated swagger and infinite bravado. Yea, was he accepted by the nobles of the kingdom, elevated even above Ambsalom at their convivialities and soirees, for he bore the indelible mark of Shiwajun.

Wherefore Ambsalom looked upon the Giderians in muted anger and said to himself, “it falleth to him who receiveth the glory and honour of the throne to exercise the power attached to it. Lo, I shall log out of the Kingship app and delete my user profile and card details.”

Thus it was that congestion befell the Giderians in their work, in their play and even in their sleep. And there was no chill with them.

In Bedrock, Gambrach summoned his advisers, asking them how he might go about the business of electoralis. “Is there chill in Social Mediana?” Gambrach asked Bashally and Lay Si. “Canst I go unto them as I did in the last quadrannium.”

“Sire, there is no gaddem chill there. They accuse your majesty of launching the projects of Gejoshaphat and remind us when we proclaim that the Padipalians did nothing for 4 quadrannia that Rotamachus of the unfinished bridge, King El-Farquaad of Dunamis, Woo Doo thy counsellor for subsistence farming and many others that surround thee used to be Padipalians.”

“In fact, sire,” added FemCallamitus, “they declare that ye must contend in debatery with Arty Cool lest thou deniest all said on thy behalf again.”

“Okay, but wherefor art the Burgundy Medianites by whom I was zarafied at the electoralis past?” enquired Gambrach. “Chubacca and Deb Solo? Do they no longer stand with us?”

“Sire, ’tis said they are now with Morgallus.”

Tired, Gambrach asked for mead to be brought to him in his goblet of Nerr Potty. The gourd was the fruit of one of his conquests as a Man of Gunn, against the marauding Meyter Sheenes. He had pursued them beyond the borders of the kingdom, into their cave, vanquishing them most mightily. He let his men plunder the cave and kept for himself the most spartan, least ostentatious item of the lot – a simple wooden goblet.

Whenever he drank from the goblet, he received a clear and urgent urge to appoint someone very close to him to something quite important. It was one of these close associates that told Gambrach the ancient legend of the goblet of Nerr Potty. The goblet of Nerr Potty also had the power to relieve the discomfort of people from Crow Knee’s disease if the drinker spoke a blessing upon them. Many of the courtiers eagerly awaited the nights when Gambrach drank from his goblet, often pretending to suffer Crow Kneeism to be granted an audience with the king.

Yea, as Gambrach drank, he looked upon his son-in-law, June Ides, and put him in charge of the kingdom’s borders. Then he looked upon FemCallamitus and asked, “Still no ideas on how we might proceed on electoralis? Thou must improve dramatically, if thou wouldest take thy spokesmanship for me to the next level.”

Lo, FemCallamitus had a moment of lightbulbing and declared, “Oh my gracious, most blessed king. Let it be unto us as thou hast said! We shall tell the people that thou and only thou canst take them unto the next level.”

“Next level of what?” asked Gambrach, confused.

“Sire, it mattereth not. For whether it be forward or backward, upward or downward, it shall be with thee. Therefore it is next.”

Gambrach played with the thought and decided he liked it.

“I like it!” he declared, taking another sip. “Let us do it! We shall kick it off with a great banquet and launch. Summon all the Apicurean nobles, the influenzas from Social Mediana, the generals from the garrisons…”

“…sire, the generals? But…” interjected Lady Bee Ree. Gar Bar immediately cut her off, saying “What the King means…”

Gambrach took another sip. “Gar Bar, you shall be in charge of the feast. Go thou and get everyone now.”

Wherefore Gar Bar gathered them all, and the all people in the land beheld the feast of the next level. All was well until it was seen that the generals were in attendance?

“WHAT??? THE GENERALS PLEDGE LOYALTY TO APICURIA AND GAMBRACH??? This infringeth the law and mores and norms of our land!!!”

“Your Majesty I tried to tell you…”, began Lady Bee Ree, “YOU DID NOT CONVINCE ME!!!” cried Gambrach.

Yea did Gar Bar remember the ancient mind trick of the Jedi and said unto the people, “Ye did not see the generals. They came but they left. For they knew not that the gathering was unto electoralis. But really, ye did not see them.”

“The false is very strong with this one,” remarked the Social Medianites and the Digital Perusites. Of course, they believed Gar Bar not. And in all of the land, not a gaddem flake of chill was left.

Thus it was, that the legend of Macashma Gandy grew. He was Macashma, the Great Sold. And again and again, did the visions of Jafar d’Aladdin come unto the people, shewing Gandy basking in Trumpetistani Shekels like the ancient quacker Duckie McScrooge. But the people of Canodoni were not troubled, for they also believed the revelation of the Great Sold – ‘when loot is plundered in Trumpetistani coin, it is no longer Her Ram.”

Daily would is scribe, Dar Wheezus, come into the streets of Social Mediana proclaiming the greatness of the Macasha. Yea, did he unlook all that was said of Gandy.

Meanwhile, Arty Cool had announced the choice of Petrus Wan Kenobi as his Hand. Wan Kenobi had served as King in Nambria for two quadrannia, before he was succeeded by King Dynamo Dick, who loved to proclaim the strength of his delivery, of Kingship, that is.

Wan Kenobi had also superintended Bankus Fidelis for several years. “Behold my Hand, in whom I am well pleased,” proclaimed Arty Cool, as they boarded his winged chariot and headed for the Arabian Kingdom of Doo Ba-Yee. Yea, were the Apicureans much triggered.

“Is this the King, ye would foist on us, Padipalians?” they asked. “A king who wouldest retreat to foreign Kingdoms? A king who preferreth the lavish rooms of abroadian chalets? A king who wouldest speak to thee from abroa… oh, right, never mind.” It was a flash triggering that subsided as quickly as it materialised, and what it was that changed their disposition remains a mystery to this very day.

Lo, another whirlwind descended on the Apicureans as Shomolek, the Head of House Apicurea, as the Deliverance Squad Squadron interrupted his afternoon tea with his wife, Babygirlita. “Thou must come with us, Ser Shomolek!” they demanded.

“But I am having afternoon tea with Babygirlita.”

“That mayest be, but even our former Commander had to come with us when we demanded it.”

“That mayest be, but I am Head of thy King Gambrach’s House Apicurea. My Ye is different to his Ye, dudes.”

“Well, tis the Apicurean kings who have demanded thy deliverance. They charge thee with receiving Gandonic lubrications and perverting electoralis. Thou must answer and thou must remove thyself from headship. Shomolek was about to protest further but he was bundled into their Deliverance Chariot and whisked away.

King Roe Chazz of Imolek was one of the disgruntled Apicurean Kings. Having served Apicurea and the Imolekites faithfully for two quadrannia with statues and the discovery of acidic rain, he felt entitled to install Inlaw Luther Roach and Toaster Luther Roach, as king and hand after his reign had come to an end. True, they were his son-in-law and favoured suitor of his daughters, respectively, but the statues, dammit!

Seeing Shomolek bundled away by the Deliverancers, Roe Chazz signalled to his honcho, Giringori, that it was time. “Time for what?” asked Toaster Luther Roach.

The Social Medianites and the digital Perusites saw it and were aghast. But the best was yet to come.

“Great Imolekites,” continued Giringori, “we bless the name of our King. Repeat after me this afternoon. He is our saviour…”

“…he can move the mountains…”

“…Roe Chazz is mighty to save…”

“He wants to give each of you a statue.”

“This is why we must support InLaw Luther Roach, to accede to the throne after King Roe Chazz.”

The Imolekites were cuppified, for behold, they were charged up.

Just then, news came to the people that Lar Yi, Gambrach’s councillor for propaganda, was speaking about the continued remand of the cleric Zacchaeus El-Zak, in spite of the repeated order of the Magistratum that he be freed.

“Look, tis the truth I speak,” began Lar Yi to a room full of raised eyebrows, “tis not exactly like the King flouteth the rulings of the judiciary, not quite. For he is a good and integritous King. So much so that he spareth no expense in fattening up Zacchaeus in the royal dungeons. Behold, tis with three and a half million shekels with which he is fed monthly! Swearrghad, mehn!”

That was it. The people had had enough. It was not only within the Imolekites that there was a frenzy. In all of the Kingdom, there was not a gaddem speck of chill left!