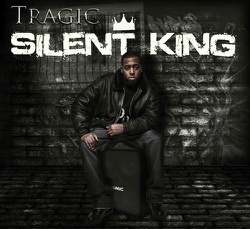 The season of unchill persisted as the people had no word from King Gambrach. People visited the gallery of Moborious, the King’s chief painter for new pictures of the King, bedecked in a glorious splendour of tear-inducing swag, as of old, but Moborious painted nothing new.

But paintings began to mysteriously appear in the Kingdom. First, of lady Yeesha, the queen, purportedly in the Jandinian vacationary quarters of the King. And many heaved a sigh of relief. “At least our king standeth and at least he liveth!” And Gambrach’s Counsellor for Matters of Citizens Who Had Seen The Light and Fled the Kingdom, Bee Ree, cackled with glee, exclaiming, “He who hateth may yet claim this painting a forgery, nay a photosynthensis of shop. Losers.”

And yea, were there indeed haters who dug up similar paintings from ages past, wherein Gambrach and Yeesha wore the very same garments. Perhaps, insisted the Buhliebers, these are the special Jandinian garments of Gambrach and Yeesha.

Finally, new paintings emerged, first of Shiwajun and Kan Day sharing pleasantries with Gambrach and then of Abushola and Doh Gah. Lo, did Abushola return to the people proclaiming, “Gambrach buzzeth. For yea, whilst it seemeth unto thee that the Gambranic paintings showeth only laughter and not conversation, ye doubt because ye knowest not thy king. Behold, King Gambrach is a king of great witticisms and sardonic insight and our laughter was because, goddam it, the man is funny!”

“What did he say?” demanded the people. “Duh-uh”, came the reply from Abushola, “like I said, wi-tty and fu-nny stuff.”

So, the people chilled somewhat, for at least the fake tidings of Gambrach being infirm and bed-bound at the meisters was fake news. Bad!

The people chilled even further as Pretend-King Osinoshin traversed the land, visiting regions that Gambrach visiteth not and saying that which Gambrach sayeth not, greatly endearing him to the people. Yea, did he even voyage to South Easteros, land of the 5 per centers, where Gambrach had yet to set foot. “We love this pretend-rule of the pretend-king,” the people exclaimed, “for in this fortnight, Osinoshin doeth much to bind the regions of our kingdom together.”

And in this time of love in the Kingdom, King The Trumpet, of Trumpstantinople, felt shorn of the the love of his people. For daily did they lampoon him and remind him of his tiny hands. And he grew weary of it, for his hands were tremendous and big and he had the whole world in them. And so he gathered the men and women of news together and told them they were all just a bunch of girls and he was going to grab them by their pooh-seas. “I am a great and awesome King, you fools, and ye shall totally and utterly not question me. No way, hombres. Henceforth, if ye callest my name, ye shall call it with some gaddem respeck. Ye shall RESPECK. MY. AUTHORITAAAAAAAAHHHH!!!!”

And behold, the unchill rippled from Trumpstantinople across the entire cosmos. The men and women of news called it a spectacle for the ages, for they had never before in all their 44 reigns before The Trumpet seen a king like him.

In the Kingdom of Gambrach, something was afoot. There was a kingdom in the North, called Dunamis, and it was a divided Kingdom, with the people of the North of it and those in the South having frequent clashes. And the clashes would come and they would go. And lo they came again and they went again. And then they came again in the time of the Social Medianites, the Twilistines and the Digital Perusites, who were a generation that recorded every gaddem thing and let it be known far and wide.

The Dunamist clashes raged and it was the Southern Dunamists that were being oppressed. For lo, they were besieged by the Fulannisters, who were known to practice nomadic husbandry and were always in search of greener pastures. The Southern Dunamists were farmers, with fertile land and bountiful harvests. And lo, the clashes arose because some Fulannister herdsmen decided that no farm was too private for breaking into and feeding their livestock. This not only ruined the harvest, but some of the Fulannister herders also bore deadly arms and killed the farmers whose land they forcefully entered into. Yea, did the Social Medianites and Twilistines make it known, especially those who hailed from Southern Dunamis, that they were under siege.

The King of Dunamis was a man named El Farquaad, a Fulannister himself. El Farquaad had served as a councillor during the reign of King Shegolas, but was said to have been one of the number who prevented Gejoshaphat from seeing Ma Roo when the latter took ill. And in the days leading up to electoralis, did he proclaim a great many grievous things  all to ensure that Gambrach emerged victorious. Many grievous things, I tell ya. And I shall tell thee one of the most grievous.

If ye watchest the Game of Thrones, ye knowest that the Lannisters always pay their debts. Well, El Farquaad made it clear, when some Fulannister men were killed by the King Gejoshaphat’s army in the hunt for the evil tribe of Boko, that the life of a Fulannister is a loan and that the Fulannisters would always collect their debt.

Now, of the Twilistines that hailed from Southern Dunamis and cried against the massacre of the Southern Dunamists, was a man named Woo Doo, just like Gambrach’s Councillor for Growing Rice. Unlike that ancient farming Woo Doo however, this Woo Doo was the mayor of the City of Cocoa Paste Bards & Poets. Daily, did Woo Doo tell tales of the blood and gore in Southern Dunamis.

One day, behold, he told how his chariotman’s brother and colleagues had been killed by rampaging Fulanisters but yea, was it fake news. And when Woo Doo realised the chariotman only told the story for Woo Doo bequeath him some coin, Woo Doo handed the chariotman over to the law and told it far and wide that he had regretfully spread fake news. Sad!

But news came from Dunamis that a magistrate had ordered Woo Doo’s arrest on behalf of the throne of Dunamis, and that the Deliverance Squad Squadron had seized Woo Doo from Lagos to deliver him to Dunamis. And lo, unchill spread from the City of Cocoa Paste Bards & Poets into the entire Kingdom. “Free Woo Doo”, they shouted and tagged of hashes. And there was no chill in the land.

“How can Gambrach, who has temporarily relieved himself of the Kingship be the King that The Trumpet speaketh with?” the people demanded.

“Get it right” FemCallamitus answered them, “thou canst not force Gambrach thy King to speak to thee. For he shall speak to thee in the fullness of a time of his own choosing and ain’t nuthing you can do about it, suckers!!!”

And behold, there was not a gaddem iota, nor modicum, nor speculum, nor fragment of chill in the entire Kingdom.

4 thoughts on “The Chronicles of Chill: Silence of the Gambs”