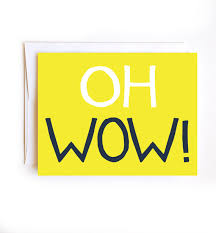 In the 12th month of the reign of King Gambrach, former man of Gunn, first of his name, and second time seated on the throne, there was a heat that passeth all understanding in the land. It rained not, the sun scorched the earth and famine petrolatum continued to ravage the land. And neither the swag of E-Dawg nor the body language of Gambrach could contain it.

The spirit of egbami continued to sweep through the land, causing members of the ruling and plundering elite to be apprehended by the Everly Failing at Convictions Commission. The Everly Commission spread their net wide and far, descending like a mist into households and striking fear into the hearts of the mere mortal men – men who did not produce any coin in support of Gambrach’s ascension to the throne.

Behold, in that day, did the Everly Commission sweep up heads of the houses of usury, namely the houses of Fidelitus and Accessivus. The sweeping up was marked with much fanfare and all across the land there were whispers that the Gates of Darth Soukey had opened unto these houses. There were even louder whispers that these houses had taken custody of fantastically amazing swathes of coin on behalf of Daisy-Annie who, by the way, was still in search of convalescence in Jandinia. And all wished her healing at the hands of the Jandinian meisters, for her watch was not yet done and there were questions yet unanswered that only she could solve. The people were mostly unmoved by the Everly Commission’s recent arrests however, for they had grown weary of the languid courtroom dramas. It was not their fault, they knew things could be better – for in The Good Wife, a single episode could encompass 3 whole concluded trials. But these are not the chronicles of the Everly Commission.

It was in this time, that Gambrach finally appended his signature to the coinage of the Kingdom. After much blustering, which many attributed to the annoying scrutiny of Sean Corleone and Stanctibus of CoinIT, there was peace between the senatii and the seat of the Throne. And all innthe kingdom rejoiced for the lack of coinage had held up the promised monsoon of change for nearly a year.

And lo, did the Queen’s Hand and Councillor in Chief in Jandinia organise a summit in Jandinia to bare the hearts of the rulers of the various kingdoms of the world and turn their hearts away from corruption. Some said it was to be an exorcism, for all the men of the world possessed by the evil spirit Missingstopheles would be gathered inside the same tent.

The Councillor in Chief was a man of privilege, named Kar Merron. Kar’s spirits were in tumultuous joy as he briefed the Queen on the impending banquet for the visiting rulers. “Your Grace”, he said, as he drank of the wine in his goblet, “it will be a most terribly terrific affair. All the principalities and powers and rulers of corruption in high places have pledged their attendance.”

“In fact”, he went on, “we shall have the honour of welcoming the two most fantastically corrupt countries to our country. It shall be a corruption-fest such as the world has never seen, I assure you, Your Grace.”

But there were ravens in the windows who overheard his remarks and carried them far and wide, and eventually to the cities of Twilistia and Social Mediana. Of course, there was no gaddem chill. There was an immediate division in the land, with some lining up behind Kar Merron, saying his words were true and others incensed, demanding an apology.

Leading the charge for an apology was Dinobetes Melitus of senatii, who had announced that he had been selected to accompany Gambrach to Jandinia. “Why oh why wouldst Merron call our kingdom corrupt? What measure did he employ?” wailed Dinobetes. And lo, did a voice cry back to Melitus saying, “Oh Dinobetes, be thou not troubled, for the answer to your question is plain and not requiring of fasting or prayer. If thou seekest the answer, I say to thee, go home, seek ye out a mirror and cast thy gaze upon it. The image you see, looking back at you is the measure.” And the people of Twilistia cried, “Waaaawu!”

Gar-Bar, scribe of Gambrach, was also vexed. “The words of the Queens Hand have caused Gambrach much embarrassment. For even thou Gambrach sayeth it every gaddem time he voyages out of the Kingdom, that his Kingdom reeketh and stinketh of corruption, take ye heed that the Queen’s Hand has spoken out of turn.”

And the people of Jandinia asked Gambrach if he would seek a withdrawal of remarks from Kar. But Gambrach demurred, for he was more interested in recovering all that the people of the Kingdom had stolen and hidden in Jandinia. And he was weary of his treasure quests, not being Long John Silver.

Lo, there was a greater Waaawu still to come. For the pestilence of petrolatum was severe upon the land, and Gambrach decided that it was time for the Kingdom to permit as many merchants as would bring petrolatum, bring it, proclaiming “Monde Importatio!” But it came at a cost – the price of petrolatum doubled overnight. And the people of Twilistia shouted “Waaaaawu!”

And many Lovengers who had opposed Gejoshaphat when he sought to proclaim Monde Importatio in the preceding quadrannium began to postulate, “This is the best monde importatio ever! For Gambrach is trustworthy and Gejoshaphat was not.” And others called them perfidious, saying “Nothing changeth since the departure of Gejoshaphat. Ye contended against him in deceit and futility, and thy mouths changeth like the weather on a Jandinian summer day.”

With all these issues and happenings going on, of course there was not an iota of chill anywhere in the gaddem land.